Too much of a good thing is bad! And, yes, Social Media has somehow managed to raise red flags as it creeps up the ladder of serious addictive behaviour.

Affecting an estimated 12% of users across social networking sites today and classified as behavioral addiction, studies have shown that the symptoms of social media addiction manifests in mood, cognition, physical and emotional reactions, and interpersonal and psychological problems.

The affected are characterised as being overly concerned about social media, driven by an uncontrollable urge to log on to or use social media, and devoting so much time and effort to social media that it impairs other important life areas.

A study performed by California State University found that individuals that visited any social media site at least 58 times per week were 3 times more likely to feel socially isolated and depressed compared to those who used social media fewer than 9 times per week.

Take a break and do a self-analysis today.

How many times did you check social networks today? How about last week? Infact, given the pandemic situation we find ourselves in today, you are probably worse off now than say you were in January 2020.

Like other types of behavioral addictions, using social media can influence your brain in harmful ways. You may use social media compulsively and excessively. You can become so accustomed to scrolling through posts, images, and videos that it interferes with your life as a whole.

Although many people habitually use social media, very few are genuinely addicted. If you’re worried that someone may be at risk of developing an addiction to social media, ask yourself these six questions:

If you answered “yes” to a more than three of these questions, then you may have or be developing a social media addiction.

Well, being addicted to Facebook or Instagram may seem harmless at first, but it can have significant unforeseen consequences – depression, unproductivity and irritability rank up there but here are seven signs of social media addiction, along with some tips for addiction recovery from Urban Balance.

You Feel Anxious When You Cannot Access Social Media
Have you ever felt pain in your stomach when your Wi-Fi is lagging? Do you watch the clock during a Facebook update waiting for the app to be available? This is a sign of dependency, just like the craving sensation you would feel in between smoke breaks. When your need for social media becomes this strong, it’s time to reconsider how you’re spending your time.

Your Social Media Usage Is Cutting into Your Work Time
Some workplaces have strict phone and internet policies that prevent employees from accessing social media. That doesn’t stop workers from bending the rules though. You may take a few extra bathroom breaks to check your newsfeeds, or you might sneak some messages in under your desk. If social media is affecting your work, you’re putting your success at risk…for nothing. That post you “have to see” is not worth losing your job over.

You Immediately Check Your Phone When You Hear a Notification
Phone notifications spark a small release of dopamine in your brain. This is the “happy chemical” that makes you feel like you’re getting rewarded. Dopamine is a primary element in most addictions, like gambling and smoking. You enjoy the sensation, so you do more to experience it. The cycle continues from there.

If you feed into this process by immediately checking your phone, you’re fueling your social media addiction. An addiction counselor will tell you to slow your response times to devalue your brain’s interpretation of the notification. It’s mind over matter, and best of all, it works!

You Tentatively Monitor Your Posts to See How Many Likes You Get
Do you refresh the page after a post to watch the likes go up? This once again points to social media addiction. You’re “chasing the high” described in the section above. There is nothing wrong with wanting to be liked, but there needs to be a balance of self-worth and assigned-worth. Self-worth should always take precedence because your opinion of a post is what truly matters.

You Check Your Accounts Right When You Wake up And Right before Bed
Your phone screen disrupts your body’s ability to rest. That’s why we recommend not looking at your phone at least 30 minutes before bed for an optimal sleep routine. If you check your phone right when you wake and right before bed, that indicates social media is high on your priority list.

Your Spouse, Friends and Family Say You Seem “Distant”
Ironically, social media addiction can lead to social isolation. Your need to stay connected with the world can pull you away from the world around you. Friends and family members may say you seem distant because you’re always on your phone, even when you’re with people you’re looking at online. Through social media addiction recovery, you can learn how to live in the moment and enjoy social media in moderation.

You Measure Life Events by How Upload-Worthy They Are
Say you’re at a party and you’re really enjoying yourself. The lighting is terrible though, so you can’t get a good picture with your friends. Does that diminish your enjoyment? Does the party suddenly seem less fun? That’s another indicator that you have social media addiction. You cannot find joy in an event unless you can post about it.

We are living in the social media era where seventy-two percent of online adults use social media and the average user spends 23 hours a week on social media – that’s the equivalent of a part time job!

Engaging in social media once in a while is unlikely to be harmful. However, there are negative effects to consider when overusing social media.

Some possible downsides of social media include:

Dealing with the Addiction

Lisa Lewis, a licensed psychologist who works with clients struggling with relationships, depression, anxiety, or an addiction with a special focus on fitness says the answer is simple. “It’s because the point of these apps is to keep you looking,” she says. “They want you to buy, and get you to follow and like. Their sole purpose is to win your attention.”

“Don’t just go on and scroll,” she explains. “Just like you wouldn’t walk up to the refrigerator and stare at what’s inside for no reason don’t do the same with social media.”

If social media is hindering your productivity and overall mental health Lewis offers these steps:

As a precaution, Addiction Center, an informational addiction related web guide suggests that a person should engage in a digital detox; a period of time during which someone significantly reduces the time spent or abstains from using electronic devices such a smartphones or computers.

This can include simple steps, such as turning off sound notifications and only checking social media sites once an hour.

Other changes can include having periods in the day where there is self-imposed non-screen time, such as during meal times, or leaving the phone in a separate room at night so as not to disturb sleep. This allows for a restored focus on social interaction in the physical world and reduces dependency on networking sites.

Here’s what drives this addiction

Because social networks are an extension of ourselves and social validation is an important part of being human, a Facebook ‘Like’ or a Twitter ‘Favourite’ is a social signal that makes us feel good. It also makes us addicted.

Fear Of Missing Out (FOMO) is a large driver of social network use, particularly for those aged thirty and under. Sixty-seven percent of users say that they’re afraid they’ll “miss something.”

We have a brain wired for collaboration, compromise, restraint, comprehending and managing one’s place in shifting-alliances. We notice when others are doing something that excludes us. It will trigger some primitive survival responses. People under 30 are still in the period when they are establishing their own lives, developing personal and professional identities, becoming economically viable (creating alliances), etc. Their focus will of necessity be social.

Ego needs a platform to showcase itself and social networks are the perfect answer. Eighty percent of our online conversations are self-disclosure, compared to 30 to 40 percent of offline conversations. We live in a ‘Me’ society with an obsession of the ‘self’ that drives us to update our status and tag ourselves in photos (but only those that we look good in of course).

Social comparison and self esteem increase. People compare themselves to assess feelings, strengths, weaknesses, abilities and perspectives. Having your social connections reaffirmed makes you feel good.

Brain chemistry. Social networks are physically addictive as well as psychologically. A study from Harvard University showed that self-disclosure online fires up a part of the brain that also lights up when taking an addictive substance, like cocaine.

Communication is to be human. One cannot not communicate is one of the reasons adopted in social and clinical psychology. The social world is socially constructed through interactions between people: roles, rules, categorisations, stereotypes, normality, deviance are results of human sharing, the outcome of our being humans.

Social networks have the power to amplify this human nature. They have broken the barriers of distance and time, of presence and visibility. They expand the possibilities of sharing and playing identities. They fulfil the most deeply human need of finding a psychological distinctiveness and self-definition in a social context.

They become stages where observing, examining, take part to the “social staging”; the script interpreted is made by interactional dynamics, social rules, emotions and so on;

An extension of our offline world. Facebook profiles become teenagers’ “virtual bedrooms” (Hodkinson and Lincoln, 2008), meant as virtual environments to be personalised, to meet peers and play at adulthood. Several studies demonstrate that users experience the interaction on social media as an extension of their offline social relationships, as a supplement to their real life, and not as a substitution of it.

While social media can seem like mindless and relaxing fun, it actually has a significant effect on your brain.

Whenever you log on to your favorite apps, dopamine signals in your brain increase. These neurotransmitters are associated with pleasure.

When you experience more dopamine after using social media, your brain identifies this activity as a rewarding one that you ought to repeat. Such a reaction may be more felt whenever you make a post of your own and gain positive feedback.

The positive feelings experienced during social media use are only temporary. The way your brain engages in this positive reinforcement is also seen in other addictions.

Thus, as the feel-good dopamine wears off, you’ll go back to the source (in this case, social media) for more.

In some cases, social media can be a welcome distraction if you’re isolated due to work or an illness. The more you engage, the more your brain will tell you that this is an activity that can help reduce loneliness (which may not necessarily be the case, actually).

Luckily, the condition is very treatable and many have successfully recovered. One of the best ways to break an addiction to social media is to set boundaries and reduce screen-time; however, if the addiction is too severe you may require professional help. 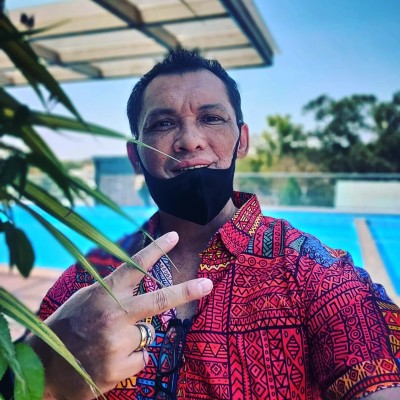